SR103: Agriculture and the Threat of Water Scarce in Alpine Regions

The report of the Intergovernmental Panel on Climate Change (IPCC 2007), which serves as the underlying framework of the Alp-Water-Scarce project, stresses the important role of research and development policies, institutional reforms, land tenure and reform, training and capacity building, and financial incentives, e.g. insurance systems, in coping with climate change.

For the agricultural sector, the Commission of the European Communities in 2009 provided the orientation for an adaptation strategy:

- More sustainable use of resources to build up resilience towards climate change;

- strengthening the role of agriculture as a provider of ecosystem services;

- enhancing the resilience of agricultural infrastructure;

- improving the adaptive capacity of farmers;

- enhancing research on climate and agriculture;

(Commission of the European Community 2009).

The difficult situation of addressing sustainability and environmental concerns in times of economic crisis is made evident in the recommendations of the Austrian Ministry of Agriculture, Forestry, Environment and Water Management for the Initiative Agriculture 2020 (BMLFUW 2010c), where the focus is placed on economic issues (market regulations, income and competitiveness). But there is also a strategy for adaptation to climate change (Lebensministerium 2011a, 2011b) which gives recommendations for various sectors including agriculture.

When regarding effects of climatic changes on water Scarce, it is important to consider the various cross-effects, not only on local or regional scale but also on a global scale. Developments related to demographics, the changing climate and the supply of food and energy to the global market increase conflicts in reaching predefined goals and in the use of natural resources. As a result, the stress on resources in regions that are not directly affected by such conflicts increases likewise (Balas 2010). Due to regional differences climate change preventive measures against water scarce are not universally applicable. General measures concern soil stability, ist structure and ist water-saving potential. In order to avoid erosion and land degradation and to maintain the potential for production, a stable and adapted land cover and adequate land use is necessary. With respect to the increasing food demand the Commission on Sustainable Agriculture and Climate Change (2011) affirmed the importance of adapting agriculture to changing climatic conditions.

Common to all recommendations elaborated within the general Alp-Water-Scarce project is the need to preserve the water resources of the Alps for future generations, to meet the increasing water demand and to cope with the climate change-induced stress on resources. An institutional willingness for regional, national and transalpine cooperation, as well as a common understanding of the terms "water scarce" and "drought", are the preconditions for implementing long-term measures to tackle water scarce. Viviroli et al. (2010) conclude that there is a strong need for promoting research and the exchange of knowledge with practitioners. This is why in the Alp-Water-Scarce project the resulting recommendations have been worked out in cooperation between the Federal Institute of Agricultural Economics and experts for water management in the Alps, using a transdisciplinary and participatory approach (Alp-Water-Scarce 2011).

The measures elaborated in the general and transdisciplinary Alp-Water-Scarce project comprise early warning systems for water scarce, which have been developed as a framework for a set of specifically focused measures in four pilot sites (Arly, Carinthia, Piave and Slovenia). A short term crisis management is recommended, one that builds on forecasts and the quick and efficient implementation of measures to prevent scarcity. It includes adaptation in the face of longer and more frequent periods of water shortage. The approach for meeting future water demands is based on precise investigation of the development of future water resources and future water demand using data sharing methods, the development of scenarios and the integration of all sectorial and regional stakeholders in order to avoid conflicts between agriculture, tourism, industry, energy production, drinking water supply and ecological requirements. To raise consciousness for possible water scarce, such integration requires profound information of the various different stakeholders. Interregional and transboundary co-operation may lead to further potential for conflicts, which can only be overcome by more intensive co-operation and joint agreements. In addition to the existing agreements for major river basins like the Danube, Elbe, Rhine and others, agreements for smaller catchments should also be concluded. These efforts on a political level must be complemented by technical solutions, for example:

nnn The increase of storage capacities of dams and drinking water reservoirs in a manner compatible with ecological considerations;

- increase of the efficiency of existing infrastructure;

Agricultural adaptation strategies to climate change and water scarce must take into account socio-economic constraints that vary widely depending on production systems, types of cultivation and the competitive situation with other sectors regarding water consumption. With respect to those varying regional and structural conditions the mapping of vulnerable areas, hazard assessments, forecasting and appropriate spatial planning should serve as a basis to develop strategies. Especially in the case of agriculture, implementing measures is easier if adaptation goals are already integrated on a high level directly within the Common Agricultural Policy (CAP). The EU Commission’s proposal for the CAP until 2020 provides a topic of risk management in pillar I. The greening component which might become connected to the direct payments could also have indirect effects on water consumption. As in the previous period, pillar II includes more water relevant measures. In the new proposal for the rural development regulation, knowledge transfer and advisory services play an important role, and improving water management and increasing efficiency in water use by agriculture are explicit priorities (European Commission 2011b, article 5) . The former agri-environment payments now are called agri-environment-climate payments, which may offer new possibilities to react to climate change, but measures against water scarce are not mentioned directly. Water saving only becomes a topic, if new investments for irrigation are made. (European Commission 2011b, article 46).

The developed indicator set which estimates water scarce vulnerability of the agricultural system has been analysed for selected Alp Water Scarce pilot sites in order to represent a broad range of present and future water-scarcity vulnerability patterns for agriculture. The present situation shows a relatively higher vulnerability of water scarce due to land use and livestock in the eastern sites of Austria and Slovenia, for example within Steirisches Randgebirge, Koralpe and Dravsko-Ptujsko. The western and southern sites of France, Slovenia and Italy, e.g. Tarentaise, Scrivia, Noce, Julian Alps, are characterised by relatively worse soil and climate conditions. Especially the Italian regions even now greatly rely on irrigation.

Especially agricultural short-term measures, designed to mitigate future water scarcity - like those related to land-, livestock-, farm management, or technical facilities - may be strengthened by including them in regional-specific rules of good agricultural practice or agri-environmental programmes. Short term measures may serve various objectives. They save water, reduce the contamination with pesticides, reduce leaking of nutrients, decrease erosion, and contribute to biodiversity, amenity and structures of landscapes.

Agricultural long-term measures - such as improving land-use and livestock structures towards more efficient and water saving systems - can only be implemented by including them in long-term strategies, objectives and programmes. In order to achieve this, they need to be positioned at the highest level of EU CAP strategies, as already proposed for the CAP until 2020, within pillar 2 and objective 2 (European Commission 2010) but must also extend down to the regional and local level.

Nevertheless, changes in crop rotation systems, as well as other developments leading towards less intensive and less water-consuming land use and livestock, affect the economic output of agriculture significantly. In addition, the effects on water consumption always need to be weighed up against the effects on other sectors of the regional economy, and on the environment and landscape. The present trends of lower economic growth and higher stress on public budgets, and on the energy and food markets, necessitate a thorough and regional-specific analysis in order to find the best balance between long-term water consumption and sustainable, efficient agricultural production. The estimation of the recent G20 agricultural ministers’ declaration (G20 2011), that food production needs to increase by 70 % by 2050 should also be taken into account.

Our economic analyses of selected water-saving measures demonstrate the significant influence of the market situation. Thus, changing crop rotations to water-saving variants often has the consequence of considerable economic disadvantages for farmers. Land management measures are easier to achieve and their implementation is not always clearly negative from an economic point of view - for example, alternative soil treatment techniques. Irrigation is an option only for regions with sufficient ground water supplies, and for crops with high gross margins and a beneficial market situation. When facing long periods of water scarce, the sustainability of artificial irrigation is questionable. Weather risk-management measures (i.e. insurance systems) help to reduce the economic risk for farmers, but it is not sure that they can operate without public assistance and support; therefore they do not seem to be a sustainable long-term option within a climate change scenario. 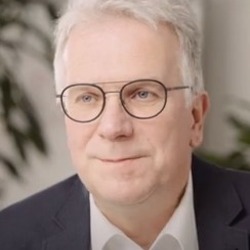